How do you defend your organization against overload attacks?

Today we can clearly see that it’s more usual with overload attacks in form of DoS and DDoS. Denial-of-service (DoS) is an attack against your organizations computer system in purpose to prevent normal behavior and usage of the system. The most used attack is an overload attack. Distributed Denial of service (DDoS) is a technique that is used when several computers participates in the attack with the same purpose as DoS attacks. 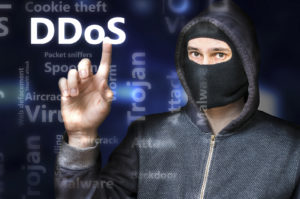 DoS and DDoS attacks is built on a large amount of calls on the same time for a longer period of time from one or several computers that sends these calls to your organizations computer system or network for example. These attacks locks down your system or it may even be so bad that the system crashes. The most common way of this overload attack is flow attack; which means that your organizations system is being attacked by a lot of IP-traffic. Beyond flow attacks there are several of Dos and DDoS attacks that attackers use today.

You can defend your organization against these attacks in many different ways with Citrix NetScalers different built-in functions such as:

As a Citrix Platinum Partners AceIQ is one of the most qualified companies on the Swedish market when it comes to Citrix NetScaler. For further information on how your organization can use Citrix NetScaler, contact AceIQ today.

Subscribe to our news by signing up with your email below.